How Joy has changed her life with one session vip intensive of 3 hours based on my hypnocoaching, hypnosis and Past Life hypnosis. 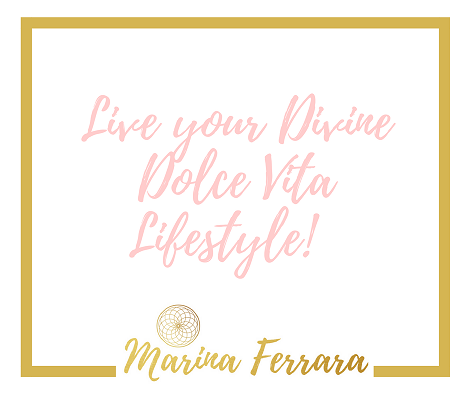 Joy who lives in Geneva, contacted me about 3 months ago – she couldn’t find peace with her partner.

There were constant discussions (everyday)… a constant measure of reciprocal actions, of reciprocal choices, working – even food was a pretext of dispute.  In short if she wanted cooked, he would want it raw!

This caused Joy a lot of problems of anxiety and stress, but this was due to a sense of inadequacy and feeling of “not being enough”.

In short Joy felt “wrong”! In anything she said or did.

Each word, gesture or choice, any work decision, friends that she obviously did not share with her partner; was a cause of demeaning expressions and a reduction in her secureness and self-esteem.

It was as if she already expected the reaction of her partner, that punctually happened.

The classic self-fulfilling prophecy, therefore yes manifests exactly what you think and feel.

As so works the energy, the universe and the famous law of attraction.

But certainly you cannot say that she not paid her partner with the same coin!

The relationship had become a hell.

She claimed the real reason of all the disastrous situation was caused by living in that small apartment. She did not have room to work or study: writing articles for magazines – instead she was working elbow-to-elbow with her partner, who drew models of a very famous tailoring brand.

She told me that in Geneva, central apartments with a lake view, are precious and rare.  For them, ecominics were not the issue, but commitment and determination to seek and dedicate time to research a new apartment (maybe not even believing in their relationship).

Neither of them took the apartment situation ‘in hand’, nor the relationship; so by this point there were big problems!

The house represented an extension of the situation between them.

Joy decided to invest in herself – to have clarity on things that were working, and things she could change herself.

After she had spoken with me on Skype, she realized that there would not be a solution without a change in the source of her behaviour, the attitudes and habits; and that for them change, painful old memories, recorded in the her subconscious needed to be deleted, with new mental programs created in her subconscious.

She had read the Brian Weiss’s books, knew the power and the effects of hypnosis and of Past Life Regression, also those ones of the Coaching.

Having read my website and understood that my signature method I created unifies these techniques in one, Hypno-Coaching, had thought to ask me for one of my 3 hours intensive session, the 3 hours VIP. Intensive to start to give one turning to his life.

and so it had been!

In this case we  met via a short pre-session on Skype, then she asked to meet me in Geneva – I booked one of the private tea rooms in the magnificent Grand Hotel Kempinski, strictly with a comfortable armchair for a nice deep relaxation.

In this silent, luxurious and embracing context, ideal for the session I had with Joy.

The first step: extrapolate the problems

Within the first 30 minutes of Hypno-Coaching, the true problems emerged.

Joy had to surrender to the fact that she was not looking at the situation from the correct view-point.

Immediately emerged mental programs of de-valuation that Joy had absorbed since she was a little girl; when her mother, occupied to her own career was absent often leaving her with one very cold babysitter. Her mum had often sent her away, annoyed at Joy who wanted attention and had nobody to play with.

The mother was too much occupied to play with her daughter, encourage her, cuddle her, appreciate and support her – in her small discoveries and big experiences as a girl growing into a woman.

The father was non-existent: separate and invisible.

Joy has grown with a huge need of having to recall constantly the attention to be considered. She often deliberately created reasons for discussion, to attract the attention and to be viewed by her mother.

After idenifiying the problems, and “recognizing” them with Step 1, we passed to phase 2.

One pillar of my SRRM Method, is the hypnotic induction – the session of cancellation of old painful and limiting memories, including those inherited from ancestors that are given to us via our recorded DNA. The cancellation of vows, agreements and oaths, also dating back to our previous lives, or choices of ancestors and then erased.

It emerged that one great-grandmother was been abused and then hidden in a convent, they have forced an oath of chastity so that she would never be united in a relationship with a man; but then she was intended to a man – forced to marry him and live with him.

Joy had heard once of this story, maybe as a little girl.  In state of deep relaxation, the subconscious of Joy indicated this was main reason of difficulty to keep her own union with her own man.

Then, her subconscious mind was directed immediately to the cause of all the her problems… There was a vow, an oath to energetically cancel Joy’s mental programs and cell memories, that undermined her relationship and that inserted in her that sense of being a little girl with a conflicting relationship with her mother.

After the previous session of cancellation we have sipped a “buonissimo” and scented tea and we have got out to breathe and enter in contact with the nature in the garden of the kempinsky observing the beautiful lake.

Joy was already opening to a new vision of herself.

With the strengthening hypnotic Empowerment session, I have brought her to feel and behold the ‘new Joy’, to install inside of her new convictions and empowering mental programs, to feel of herself as valuable, beautiful, important, achieved.

To first behold herself in a deep state of relaxation in a new largest apartment with her partner, always with the view on lake of Geneva, big, bright, with her own study room and the one for him.

To see herself feeling happy, while organizing her photography courses and snapped beautiful photos  along the lake for photoshoots required by companies and private individuals.

The deep relaxed state of body and mind is that in whom the brain is ready to receive and change easily the circuits mental, the so-called synapses, or more simply, the old convictions and subconscious programs, that are those ones that govern our life to 95%.

And so our 3 hour VIP Instensive Session was completed:

After our VIP Intensive session, Joy, has decided to continue a path of Hypno-Coaching via weekly Skype calls with me: to keep on track, to feel accountable and guided and to tackle the environment surrounding, while her new mental programs are already acting and to strengthen always more to her objectives.

Joy has started to complete some photoshoots for companies that had seen the her photos, now they have commissioned new works! While she continues to write her articles, Joy has already created the brand for her new photographic entrepreneurial business.

Above all Joy now feels secure of her self, has a new energy and passion, feels vital and valuable.

Now that there are no obstacles or doubts in her life – which she now knows how to overcome, avoid and not diminish herself; but instead take them as stimulating challenges.

Joy has new big ideas and projects that step by step, and also rather quickly, she is offering her photoshoots also online on the web.

She also now has her space: not only in her beautiful new apartment with terrace on Geneva’s lake, but especially inside of her, her life, her mind, her heart, her objectives and her dreams!

By continuing to use the site, you agree to the use of cookies. more information